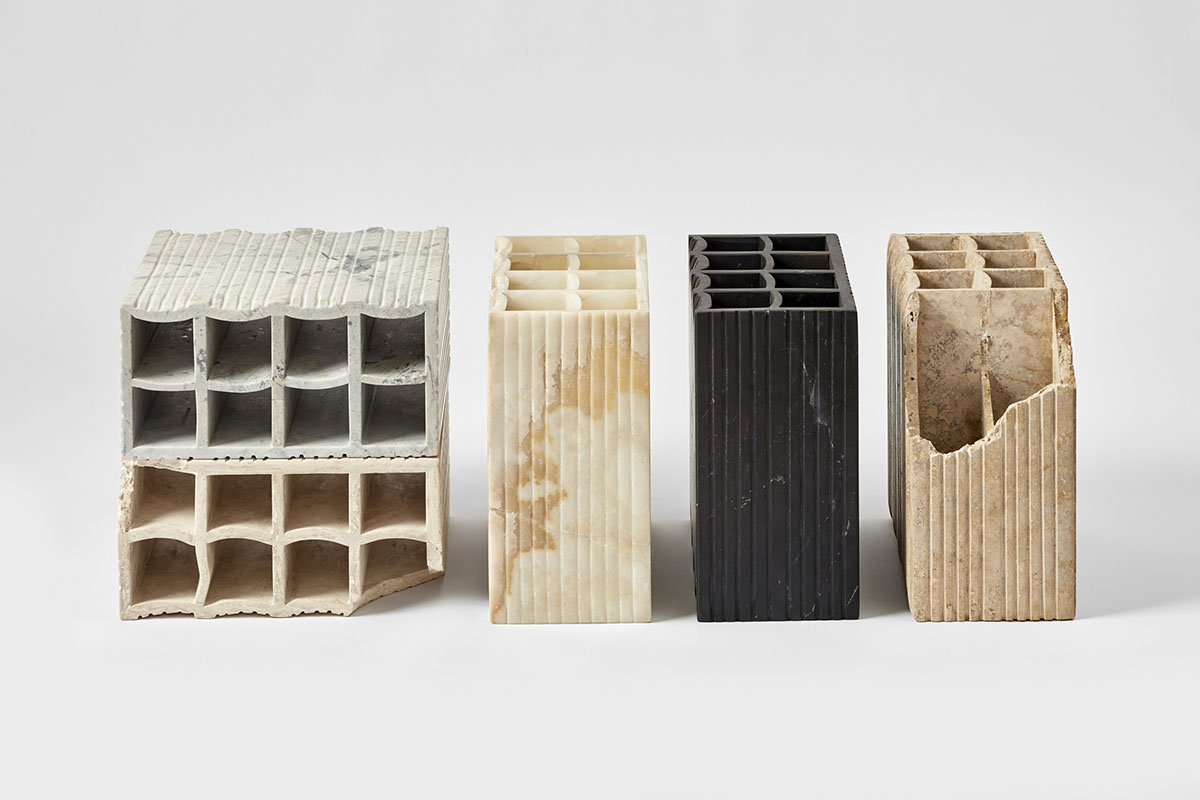 The present worldview of our urban landscape and inhabited spaces is configured by the Western ideal of modernity that replaced artisanal construction systems and natural materials with industrial processes and new materials.

Bricks are the generic construction element that constitute this urban worldview. Moreover, in Perú, its image is linked to the country-to-city migration phenomena that began in the forties last century and brought about the construction of new collective spaces in Lima’s periphery, new urban centers in many regions outside the capital and new ways to self-build homes.

The pieces suggest a recovery of our relation to the territory’s density, along with its worldview and history. By acknowledging specific materials from places in the Peruvian Andes – such as Ayacucho, Junin and Ancash -, thes bricks establish a continuity between the material and its habitat, while simultaneously questioning the fragile balance between the natural processes that shape the landscape, visible in its constant transformation and sedimentation through time, and the relentless extraction, production and construction systems developed by humans.

Ladrillos de piedra confronts the basic construction element of industrial production and its artisanally crafted replicas with local stones to meditate on the way we construct our spaces within the context of accelerated urban growth that Peru has experienced since the last century.

The work disassembles and questions the value given to the specific, on one hand, and the generic, on the other. The work disrupts the homogenizing identity of brick as a construction module and points us to the unstable, changing and diverse character of the natural surrounding.

The materiality of the pieces harkens back to the lythic composition of our Andean territory and its manual traditions. Peru’s lytic tradition goes back to the pre-Columbian period, a time when it was common to develop technologies based on natural materials afforded by the territory. However, starting with the colonial era, these materials and relationships gradually declined into disuse.

Artisanal work in stone is also a way to spark a conversation about our history. The work alludes to lytic constructions and the symbollic reconstruction of a space, raising stone so that we can relate to the images of our fading architectural heritage.

CRAFT WORK AND PRODUCTION OF PIECES 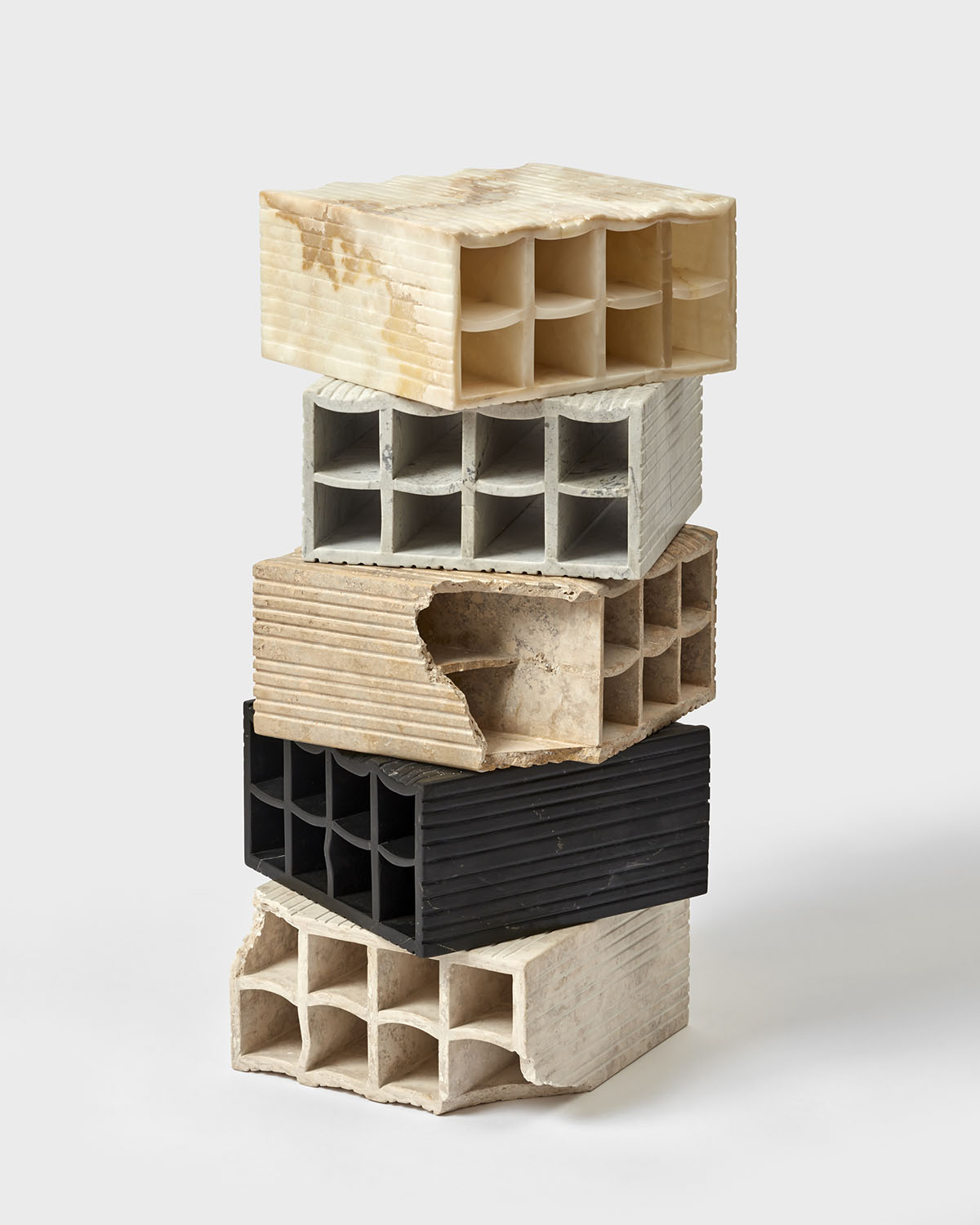