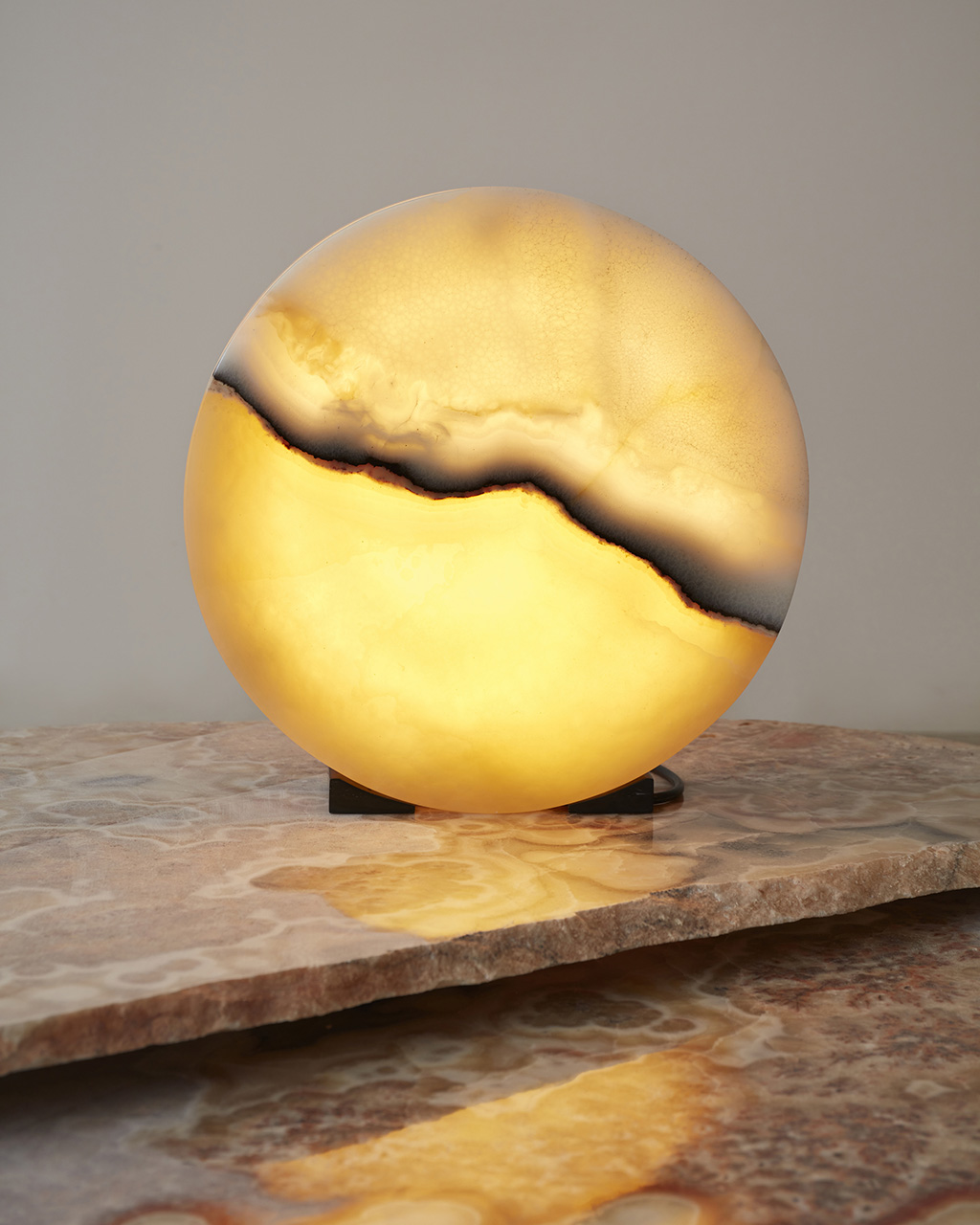 Objects of Light have a starting point in the origin and materiality of Calcium Onyx, a cryptocrystalline variety silica with translucent properties. This stone comes from the Urihuana quarry, located 10 km northwest of the city of Cangallo, in Ayacucho. It is a region located on the eastern slope of the Andes, a well known  cultural nucleus in Peru, dating back to the Wari culture (500-1100), that developed a very important regional cultural identity of its own, manifested in different expressions such as alabaster carving, pottery, textiles, music and dance. Ayacucho was also the region that suffered the most violence during the internal war of the 80s, between armed groups of terrorists and the government.

The light projected through the mineral transforms the space and invites us to introspection, to a moment of silence, of relationship with the experience of luminosity as when we observe the sun or a star. Through the piece we experience the passage from the material to the immaterial, inevitably also going back to the memory of the place of origin, Ayacucho. However, the light projected from the interior speaks to us of a latent energy of transformation in the future. 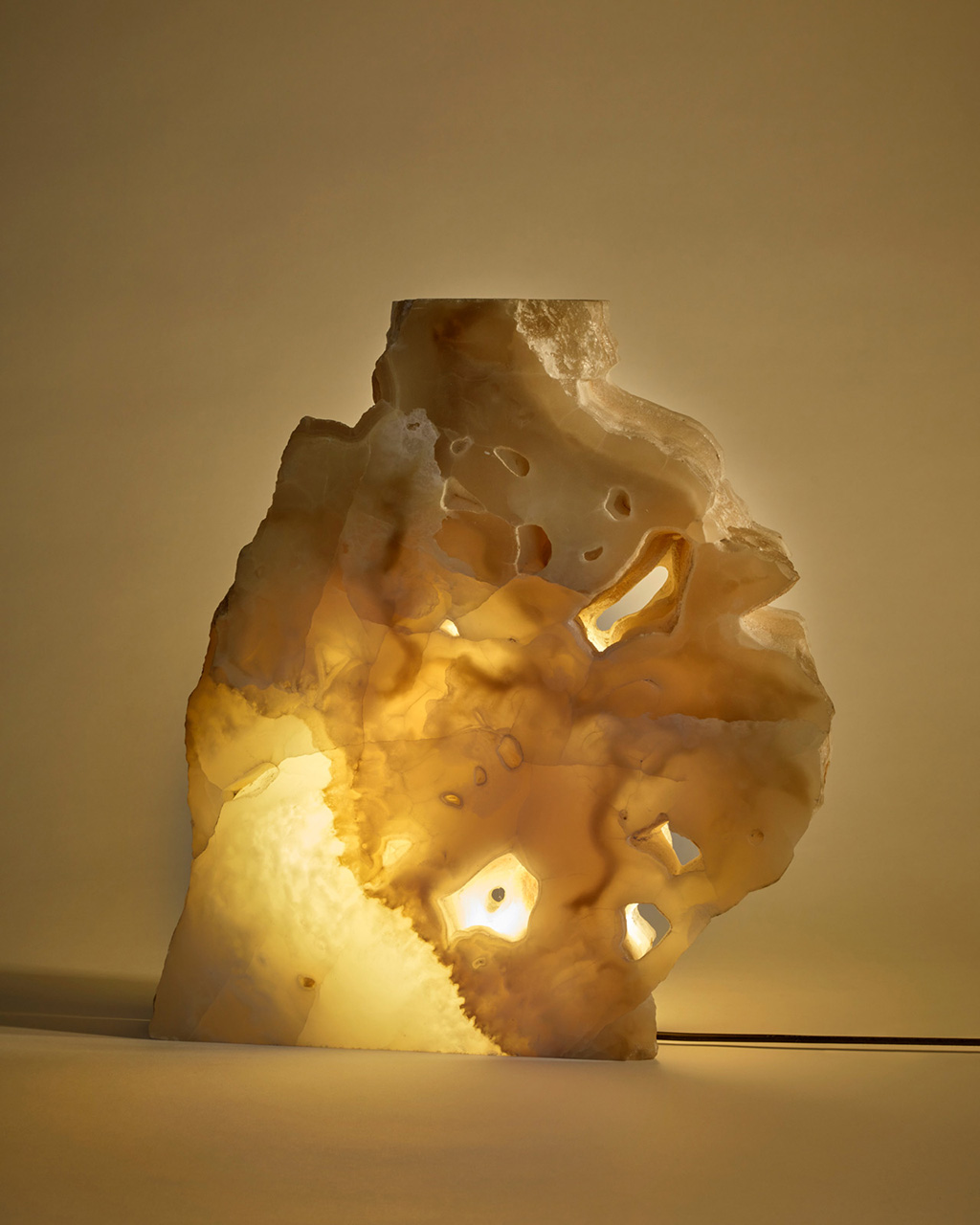