We set forth a rethinking of contemporary Peruvian art and design, with stone pieces inspired by the Pre-Columbian period and the relationship between its civilizations and the landscape. Sculptural and functional, the pieces bring us closer to the history, materiality and the lytic diversity of the Andean territory while revealing the persistence and precision required in joining stone blocks.

A decade ago, inspired by his relationship to the landscape, Rafael Freyre began experimenting and creating contemporary pieces based around the lytic materiality of Peru. The works speak to us of a vastly extensive mineral landscape and of millenary transformation processes in the history of humanity and the earth.

There was a time in the history of the Peruvian territory in which stone was the axis of a majority of people’s lives. The Inca culture, one of the chief pre-Columbian societies in America, achieved a fundamental integration of the mineral both into their daily and sacred experience. Their architecture and objects were developed from the transformation of the highlands territory, creating high-precision structures characterized by a meticulous conjoining of stone blocks. Stone, other than making for the Andean landscape, was a symbol – a living being, like the mountains themselves.

TWO SIMULTANEOUS LOOKS AT THE SOIL: AERIAL AND SUBTERRANEAN VIEWS OF THE TERRITORY

The pieces are based on research of aerial views and geological studies of the Andes and the Peruvian Amazon. These two perspectives create large-scale images of the territory that help us understand the place we inhabit. The aerial point of view unveils traces and accidents in the terrestrial surface on a horizontal plane, while a geological look shows the vertical cuts and superimpositions that stack up over time. Both perspectives combined bring us closer to the complex natural composition of our habitat, to long-lasting processes and vast dimensions.

The search to reconnect with the lytic diversity of Peru was complimented by the studio’s relationship to chef Virgilio Martínez of Central restaurant, whose recent menu explores Peru’s varying altitude ecosystems and biodiversity. The studio first designed a series of dishes for Central, and later created sculptural stone tables that evolved into the centerpiece elements of the restaurant’s interior design.

For the studio, the tables represent a continued quest to create objects that can bring people into contact with the geography they inhabit, in this case through the ritual of food. The research positions the Andes as the great shaping element of Peruvian biodiversity, as rocks descend from the highlands down the course of rivers to the desert and the Amazon.

Understanding the reality of mineral extraction in Peru was important for the creative process. Currently available technology does not allow for the extraction of large stone blocks. Extraction is mostly carried out by local artisans who hand-cut small pieces from hills located across different altitudes in the Peruvian territory.

In observing these working techniques, the studio spotted an opportunity to create and collaborate with artisans: by joining small stone fragments discarded by the big industries, we can symbolically reconstruct a new geology and artisanally recreate the lytic tradition of Peru. From its inception, the process saw the involvement of master Roberto Román, whose family, hailing from Ayacucho, has been working with stone for three generations. His workshop, located in the Huaycan district to the east of Lima, is located close to the quarry where the studio obtains the granite for its pieces.

TRANSFORMATION OF TRADITION AND LYTIC DIVERSITY

The project is not an attempt to return to the past, nor does it mean to essentialize the ancient civilizations who inhabited Peru. The pieces, made of stones originating in different places in the Peruvian Andes, aim to reveal the immense diversity contained in a territory: its natural, social, historical and sociological processes. Just like small, varied mineral fragments come together, different ecosystems, traditions, times and realities are symbolically united.

MATERIAL
STONES FROM VARIOUS GEOLOGICAL STRATA OF THE ANDES 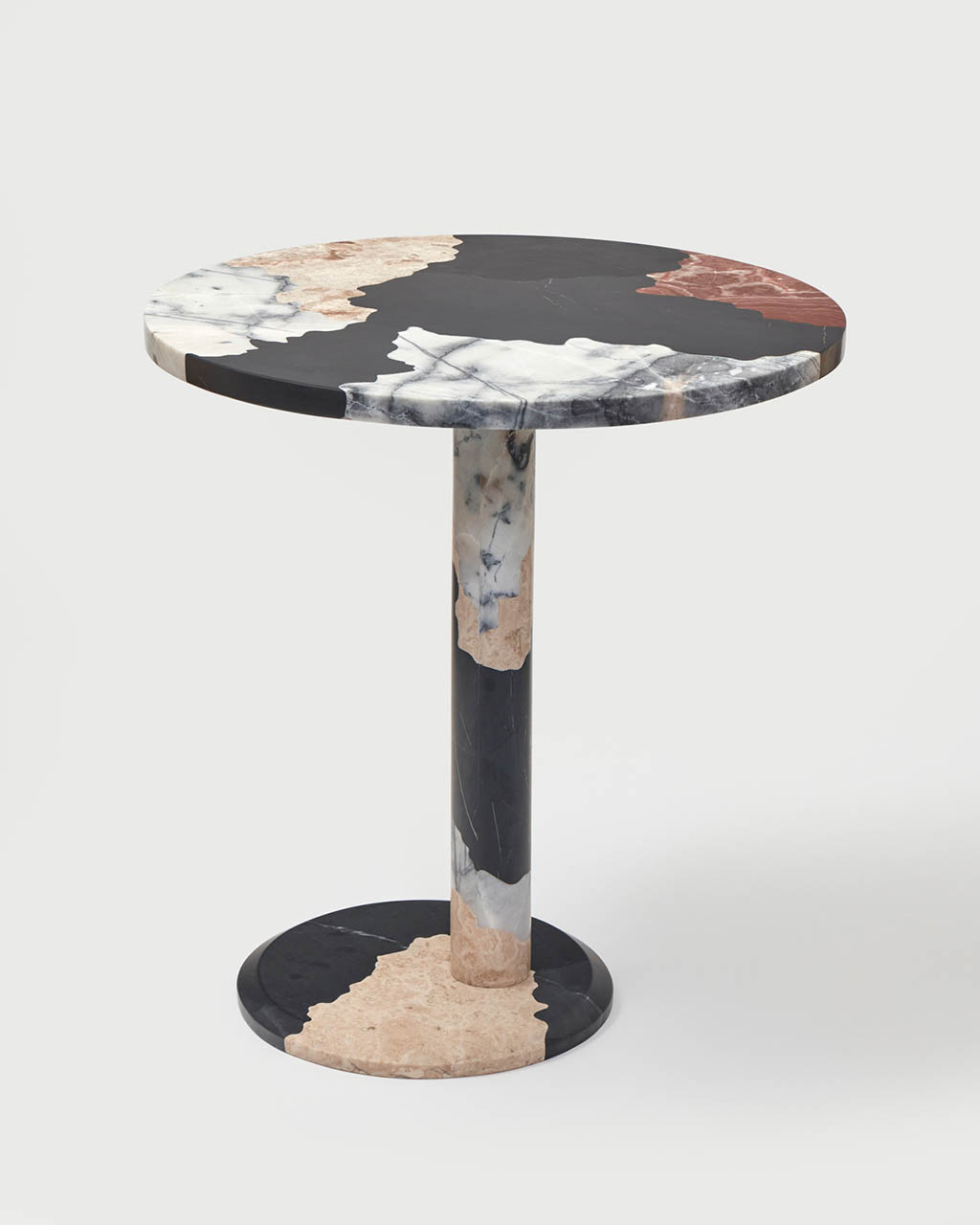