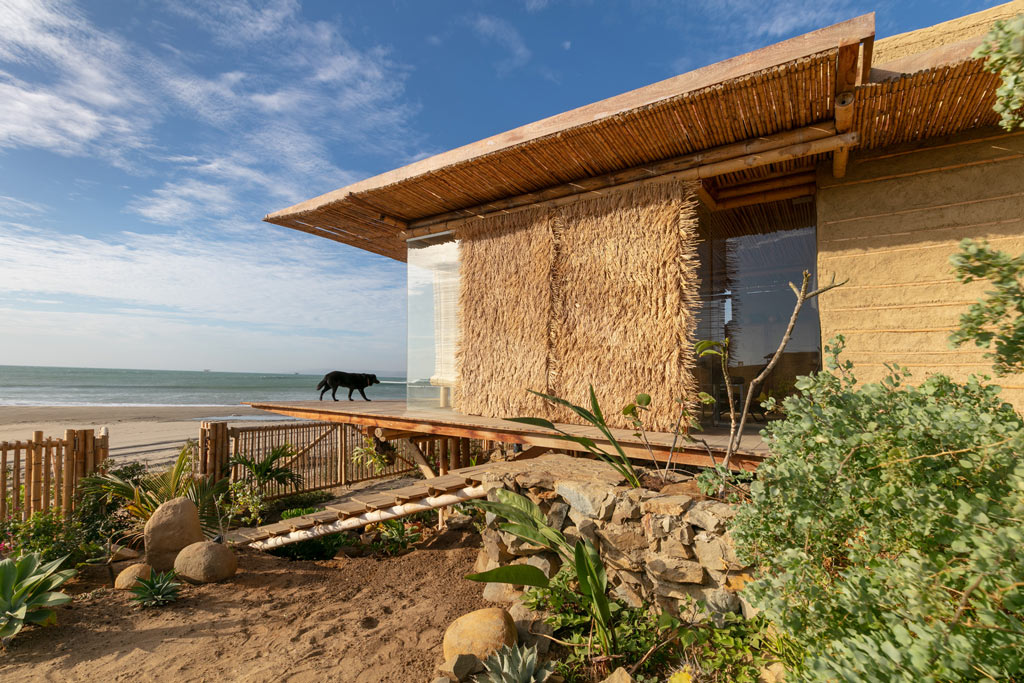 Tropical Station is an experimental project based on explorations of the ecosystems of the north Pacific tropical sea of Peru, a place where both cold and hot ocean streams meet near the equatorial line. The concept of habitat is redefined by responding to the tropical weather and the dynamism of this fluctuating seasons, that alternates between intense rainfall and drastic droughts.

The station is a handmade structure that reformulates traditional building techniques using local materials such as bamboo, earth and vegetable fibers, ensuring minimum impact on the environment as well as low construction costs. Sustainability and autonomy integrated in the design -water recycling, solar panel energy systems, waste management- emerge in essential daily activities that direct our awareness to what inhabiting implies at the core.

Tropical Station aims to redefine the concept of habitat as a temporary place, a refuge
for essential life activities and rituals coexisting with natural cycles and wildlife, akin to an
observatory of biodiversity, and oceanic and astronomical movements. In contrast, the
land on the site shows traces of extractive colonial practices: scattered old industrial oil
pump machinery belonging to London founded in 1900 ‘Lobitos Oilfield Company’ that
worked until the beginning of this century. Estudio RF’s project creates a new layer in
this geology, the possibility of a temporary habitat inside a protected marine sanctuary: a
place where plants, animals, local communities & visitors coexist.

LATIN AMERICAN ART AND TROPICALITY : A CONTRAST WITH THE DOMINANT RATIONAL EUROPEAN CULTURE

Tropical Station makes reference to 20th century projects Maison Tropical by Jean
Prouvé and Tropicalia by Helio Oiticica. Both reflect on tropical environments and
habitats in developing countries, creating a dialogue between art and architecture.
The project enlisted a workgroup composed of traditional peruvian craftsmen such as
master of weaving David Goiochea, and master stonesman Roberto Roman.

HOUSE BY THE SEA 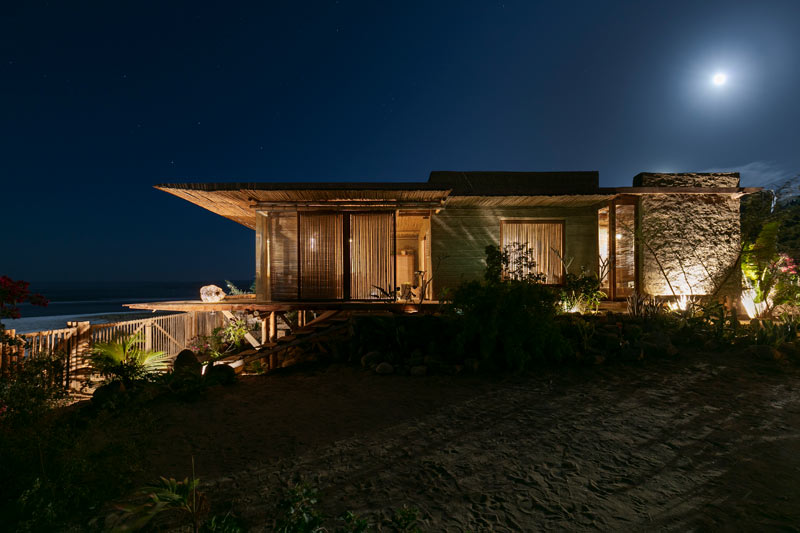 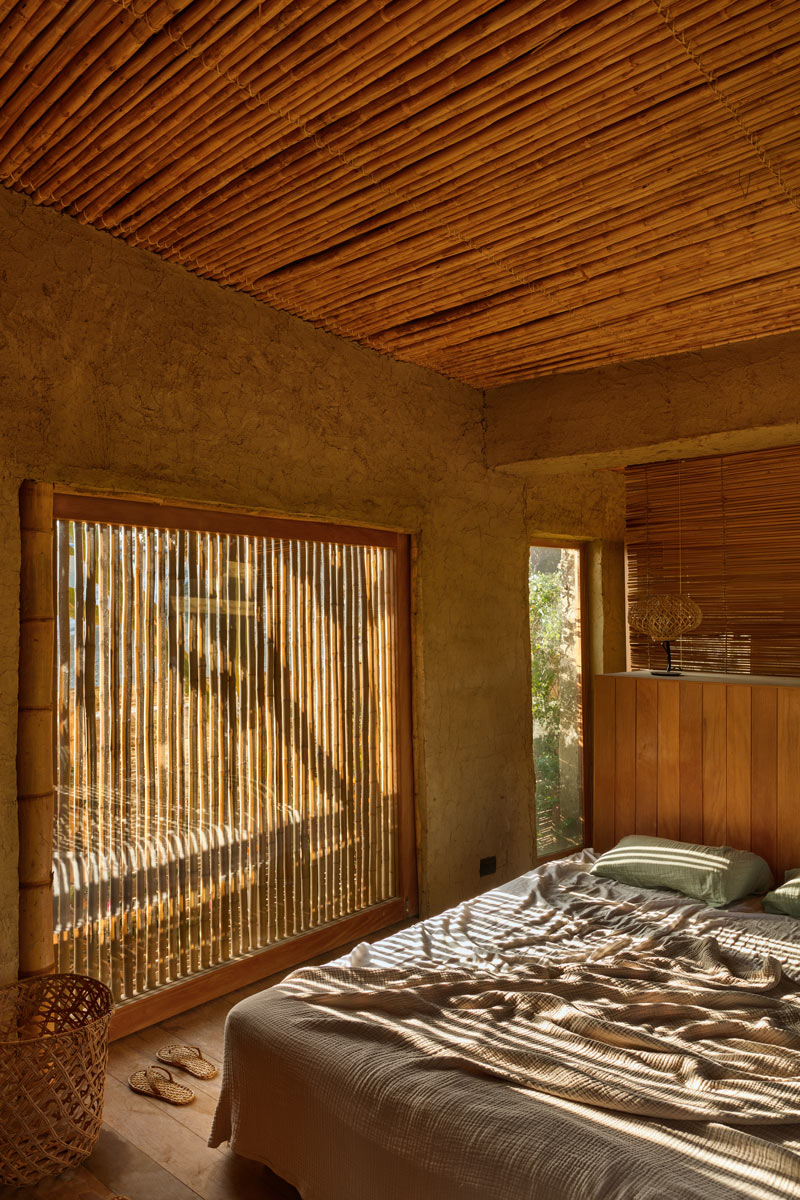