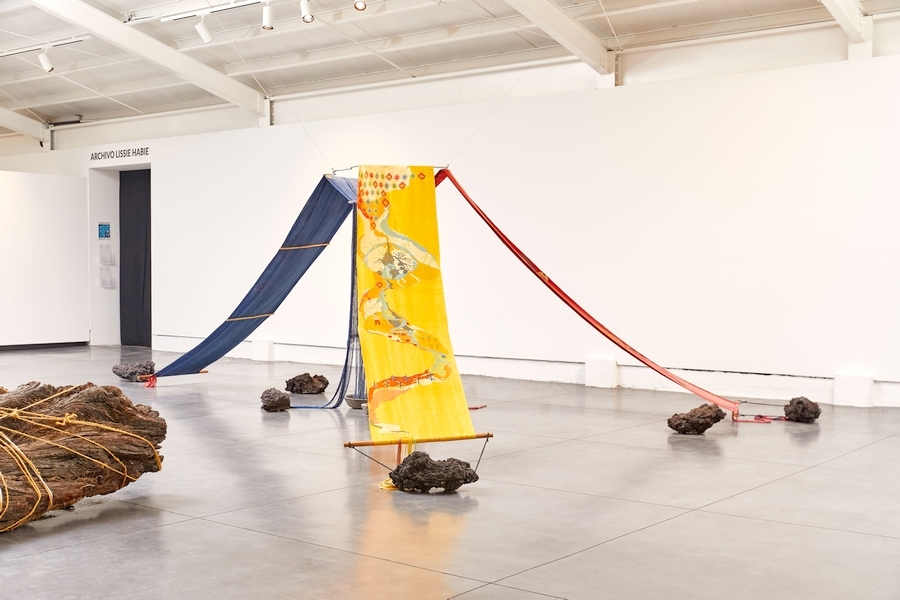 The 22nd Bienal de Art Paiz (BAP) was held in Guatemala from May 6 to June 6, 2021. In this edition 40 local and international artists  investigated themes of contemporary history, establishing points of encounter between art and the current context of Latin America. The approach was from an indigenous perspective, a particularly relevant topic in Guatemala, which is a multiethnic, multicultural and multilingual society.  Ana Teresa Barboza and Rafael Freyre were among the international artists invited to participate in the thematic axis: ‘Universes of matter’. They presented the project ‘Manto’.

We share an excerpt of an article by Artishock magazine  which highlights the role of textiles as millenary knowledge that is present in ‘Universes of Matter’:

Universes of Matter includes a nucleus of works, specially commissioned by the biennial, that reflect on matter from ritual, healing and symbolism. […] The importance of the textile tradition in Latin America finds in this section particularly heterogeneous declinations where the textile in art results in a materiality that can be a means, a resource or a millenary knowledge. This is the case of Antonio Pichillá’s loom, mentioned above, or the textiles of Peruvian Ana Teresa Barboza (1981, Lima, Peru) and Rafael Freyre (1978, Lima, Peru) that simulate cross-sections of the earth’s strata.

The project is based on the idea of the volcano as a contained energy that generates destruction and new life: a space where many forces and flows are concentrated. Ana and Rafael conceive the work as a collective weaving, made in collaboration with local weavers who preserve the practices of backstrap loom weaving and dyeing with plants. These practices are associated with natural cycles and a chain of interconnected processes, where the final result is a common fabric that contains processes and knowledge of the communities, the body, the plants, the climate and the territory we inhabit.

When talking with the weavers of the community of San Antonio Aguas Calientes, Ana and Rafael ask them to imagine the flow of lava that emerges from within the earth and descends, taking the form of a fabric created by them. Thus, the transforming energy that comes out of the volcano is the same energy that comes out of their hands as they weave. And they invite them to imagine that, by weaving, they can transform the earth and history: to see the lava flow as a new opportunity, a new beginning to change their environment. The work attempts to transform the women’s voices into living weavings and flows of their history, territory and culture.

OF COTTON FIBER DYED WITH LOCAL 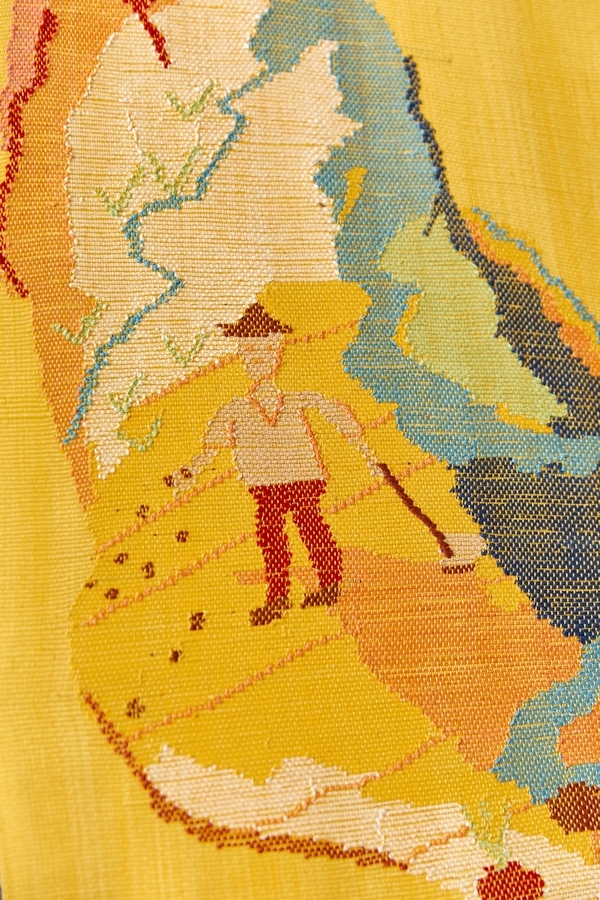